The Champions League draw undoubtedly has an impact on the competition. With the recent change in the way seeds are decided, traditionally strong European teams can find themselves in lower pots. How have the changes to the Champions League draw affected the groups? How often do teams qualify from pots three and four? What do the qualifying pot three and four teams have in common? Read on to find out.

To most football supporters, the Champions League is the pinnacle of the game when it comes to quality. It’s also popular with bettors, and having looked into the trends of the knock-out stages in previous articles, I’m now going to investigate the group stages.

BetShares, goal updates and the latest odds and articles

Generally, there are teams who you know will qualify for the Champions League every year. Looking across the previous five seasons, there have been 10 teams who have featured every time, and a further seven who have four qualifications to their names.

Not that being a regular in the competition guarantees reaching the knock-out stages. Only half of the ten teams who have featured  in all of the last five seasons have gone on to make the round of 16, though some of the ones who haven’t (which include Benfica, CSKA Moscow and Porto) aren’t that surprising.

From a betting perspective, there’s no value in knowing that Barcelona, Bayern Munich and Real Madrid always get through the group stage, as their prices to do so always reflect that. The aim here is to look at how often teams from pots three and four in the draw get through the groups, and are there any common themes behind the success of such teams.

How have the changes to the Champions League draw affected the groups?

This picture has become blurry since 2015/16. Prior to that, the qualifying teams were sorted by their club coefficients from one to 32, and split into four pots accordingly. However, UEFA changed the rules so that pot one now contains the title holders of the Champions League and Europa League, and the champions of the top six associations based on their UEFA country coefficients. This has led to a jumbling of the pots, at least when looking at the club coefficients.

In 2014/15, which was the last under the old system, five of the eight groups ended in the order the ranking system would expect, but this has only happened three times in three years since

An average of eight teams per season have been in a different pot than they would have been if ranked purely on coefficients. However, despite these occasional discrepancies, this makes little difference to which teams qualify for the next stage.

For instance, in the last three seasons 20 of the 24 teams drawn from pot one have reached the last 16, and 20 of the 24 teams with the strongest coefficients (when broken down into eight per season) have too. They aren’t all the same teams in both samples, but the figures are similar for pot two; 18 teams have got through compared to the 17 when sorted on coefficient rankings.

One thing the new system does seem to have eradicated is the frequency of groups ending in the order of the pots the teams were drawn from.

In 2014/15, which was the last under the old system, five of the eight groups ended in the order the ranking system would expect, but this has only happened three times in three years since, and not at all in 2017/18. This is something you should definitely bear in mind if trying to forecast the order in which a group will finish, as predicting this is no longer as straightforward as it often once was.

How often do teams qualify from pots three and four?

In the last three seasons there have been 10 teams who have been drawn from pots three and four but managed to reach the knock-out stage so let’s take a closer look at them. The following table includes a ‘group difficulty ranking’; for this I have ranked the eight groups that season by the average UEFA coefficients of the teams within them, with the higher the figure the tougher the group.

As with anything you investigate from a betting perspective, there is no sure fire correlation which will guarantee you can correctly forecast an outcome.

However, we can see that half of the ten teams in the table qualified from one of the two weakest (or perhaps ‘most even’ is more accurate) groups that season, with only Spurs doing so in the most difficult group.

It’s also clear there are some teams from big leagues there, with very few genuine outsiders. Gent are the stand out name, as it was their first ever season in Europe’s elite competition, and they haven’t qualified for either European tournament since 2015/16 either.

Their group consisted of Zenit St. Petersburg, Valencia and Lyon. The Russian side were the seeds despite only having the 13th best coefficient that season, so the Belgian champions were lucky with the draw. Even then they only had a point after three games and were five points adrift of Valencia, so their qualification hopes hung by a thread.

Dynamo Kyiv were another relative outsider. With two games to play they were five points adrift of a Porto side they eventually finished above, so they cut it very fine indeed.

Basel were also something of a surprise qualifier in 2017/18, but as it was their fourth appearance in five years, they did at least have experience on their side. They also had the benefit of the seeded side – Benfica – having a horrendous campaign and losing all six matches.

In short, barring some unusual circumstances, or big teams being in the lower pots when the draw is made, it’s rare to see clubs from pots three and four reaching the last 16 stage of the Champions League. But when they do, there are some common things to look out for if making a bet on qualification.

What do qualifying lowly seeded teams have in common?

Of the 10 teams in the above table, seven won at least one of their opening two games. Finishing strongly also appears to be very important; the 10 clubs picked up 33 wins in total, with nine across the first two fixtures, 10 in the middle pair, and 14 in the final two matches. This includes a collective record of won eight, drawn one and lost one from the sixth match in the group.

Perhaps the most eye-catching aspect was the rankings of the teams beaten. It wasn’t surprising to see the seven qualifying teams from pot three pick up a total of 11 wins against the sides from pot four, but the most common result from the 24 possible combinations was beating the top seed at home, which occurred in seven of the 10 examples featured here.

This bodes well for Liverpool, who began their 2018/19 Champions League campaign by defeating Paris Saint-Germain at Anfield, and Galatasaray, who beat Lokomotiv Moscow on the same evening. Recent history suggests the other teams from pots three and four will need to do similarly well against the teams from pot one if they are to reach the last 16 this season. 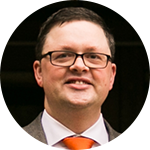 Andrew Beasley
Andrew's career may have mysteriously taken him from earning a degree in Media to working for a bank, but his true passion has always been soccer. After observing how data has proliferated the sport in recent years, Andrew was quick to see what numbers could tell bettors about "the beautiful game". He is now pursuing a career in analysing football stats and has a keen interest in predicting match outcomes.
See more articles by Andrew Beasley Show team
Show more Show less