Chelsea and Real Madrid’s Champions League semi-final tie is intriguingly poised after the first leg finished 1-1 in the Spanish capital. With both teams possessing reasons to feel confident about booking their place in the final, who will come out on top? Read on to inform your Chelsea vs. Real Madrid predictions.

As the first leg finished as a draw, a win for either team will progress them to the final. Christian Pulisic’s first leg away goal means that any result in which Real Madrid do not score will see Chelsea advance, although the hosts will need to outscore their opponents if Madrid net two or more away goals.

Chelsea team news: Mateo Kovacic was Chelsea’s only notable absentee for the first leg, and it isn’t yet clear if he will be fit for the return match at Stamford Bridge. Cesar Azpilicueta has started their last couple of fixtures at right wing back, but Thomas Tuchel may return him to the defensive back three in order to deploy the quicker and more attacking option of Reece James.

Real Madrid team news: The visitors are set to be bolstered by the return of Sergio Ramos and Ferland Mendy, and Eden Hazard could also start after making an appearance off the bench in the first leg. Real Madrid unexpectedly lined up in a 3-5-2 formation for their home leg, but with his squad close to retaining full strength, Zinedine Zidane may be inclined to field their habitual 4-3-3 setup.

In the entertaining first-leg match, Chelsea controlled the opening period to take the lead before Karim Benzema’s equaliser offered a harsh reminder of just how clinical this Real Madrid team can be. Indeed, Chelsea’s expected goals (xG) of 1.70 was more than twice Madrid’s 0.76, with Timo Werner – who was guilty of floundering an early chance – recording more than the entire Madrid team combined.

The second half exhibited something closer to the defensive and cagey affair that was broadly anticipated, and the fact that the match did not feature an abundance of goals was not a massive surprise. Both sides have recently leant on defensive resilience, and Benzema’s equaliser was just the fourth goal that Chelsea have conceded in their 11 Champions League matches this season.

Despite the fact that Chelsea are hosting the second leg, the impetus is arguably on Madrid to go on the attack. With Ramos and Mendy expected to return to their defence, the team should feel more comfortable to go for a more aggressive approach. Meanwhile, Chelsea’s last 11 fixtures at Stamford Bridge in all competitions produced nine clean sheets, and they may rate their chances of being able to keep their opponents off the scoresheet should they defend in numbers.

Following the first leg, Chelsea are favoured to advance to the final at 1.662*, while Real Madrid are 2.290* to book what would be their fifth final appearance in eight seasons. Chelsea are also predicted to win on the night at 2.220*, with Madrid trailing at 3.230* and a draw set at 3.440*. Another low-scoring fixture is expected, with under 2.5 goals available at 1.641*.

Chelsea vs. Real Madrid betting: Who has the edge?

In stark contrast to the other semi-final featuring two of the tournament’s most free-flowingly attacking teams, both Chelsea and Real Madrid have carved deserved reputations for earning results built on the foundation of defensive prowess. The pair are highly proficient at staging their attacks on the counter, while as mentioned they can be tricky opponents to score against.

The onus is on Real Madrid to attack for the second leg.

Suitably, Real Madrid’s away trips have been largely lacking in goals, with at least one team failing to score in all but one of their five fixtures on their travels in this season’s Champions League. However, unlike in the quarter-finals when they established a 3-1 lead against Liverpool in the opening home leg, they will enter this match aware that a strong defensive performance will not be enough on its own to progress to the final.

Thankfully for Zidane, their attack is in good hands. Madrid have failed to score in just two Champions League matches this season, and the fact that they netted from their only shot on target in the opening leg asserted that they do not require multiple chances to trouble defences. Ramos’ assumed return also provides a welcome added threat from set pieces, as evidenced by the fact that the center back has scored 17 goals in all competitions since the start of last season.

While Chelsea’s formation and line-up are straightforward to predict, they do possess the underlying asset of tactical flexibility. Indeed, they controlled both legs of their Round of 16 tie against Atletico Madrid but were then content to take on a more passive role in the quarter-finals against Porto. In the first leg against Real Madrid, they offered a well-balanced performance, racking up 12 shots on goal while comfortably dealing with the majority of chances that Madrid created.

Werner’s aforementioned miss may prompt a selection dilemma for Chelsea’s attack. While the 25-year-old is palpably suffering from a lack of confidence in front of goal, his sheer pace on the ball could easily prove useful. His German counterpart Kai Havertz has turned in decent performances in the false nine role but also allowed himself to be marked out of matches on occasion.

Both Christian Pulisic and Mason Mount have been consistently impressive recently, meaning Werner and Havertz will likely compete against Hakim Ziyech for the remaining spot in Chelsea’s front three. If Kovacic is fit to play, an exciting midfield battle also lies in prospect, as he will be able to call upon his three years’ experience playing alongside the likes of Luka Modric and Toni Kroos in the Madrid midfield.

Chelsea vs. Real Madrid: Where is the value?

Similarly to the first leg, the value for this fixture arguably lies most adeptly in the Goals markets. While a more attacking approach from Madrid is expected, the match is still likely to be broadly defensively focused, meaning under 2.25 goals at 1.854* could provide easy value.

Finally, Thomas Tuchel has never lost a cup semi-final as a manager and is now unbeaten against Real Madrid in five meetings. As a result, the Draw No Bet for Chelsea at 1.606* could provide good value.

You can also check out our preview of the other semi-final tie Manchester City vs. PSG. Bet on Chelsea vs. Real Madrid and more with Pinnacle's latest Champions League markets. 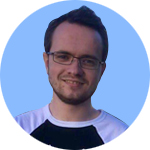 Sam Pearce
Sam studied Journalism at the University of Sheffield before joining the team to indulge his long-established interests in writing, sports and betting. Whilst Sam’s speciality is soccer, he enjoys following most sports for their major events and exploring betting markets with his love of stats in tow in order to find value.
See more articles by Sam Pearce Show team
Show more Show less