Formula 1 returns to Silverstone this weekend for the 76th edition of the British Grand Prix. Read on to inform your predictions ahead of the big race with expert insight from Jennie Gow.

get the best insight on F1 betting

Bet on the 2021 Formula One season at Pinnacle

Ahead of the British GP

This weekend sees the 76th British Grand Prix take place at Silverstone and it’s set to be a spectacular event with 140,000 people pouring into the Northamptonshire circuit – the biggest sporting event to take place in the country since the start of the COVID-19 pandemic.

Lewis Hamilton needs to turn the Red Bull tide – he hasn’t won a race since the Spanish Grand Prix back at the beginning of May (round four of the season) – but Silverstone is his track and the man from Stevenage has had more wins there than any other driver. He is currently on seven wins at the circuit – including the British Grand Prix in 2020. The other man to win around the track last year was, of course, his rival Max Verstappen, who won the 70th Anniversary Grand Prix race at Silverstone last year.

The stage is set for this weekend to be another cracker of a duel between the two championship contenders. Verstappen definitely has the momentum, having won the last three races on back-to-back weekends but if the crowd count for anything, Hamilton will be willed on to cross the line first and claw back some of his 32-point championship deficit.

All change at the British Grand Prix

It will be a ‘risk versus reward’ race of less than half an hour in duration and it could throw up a surprise or two.

The new format means there are 29 points on offer this weekend, rather than the usual 26 (25 for winning the Grand Prix and one point for the fastest lap), as the winner of the Sprint Qualifying will also earn three points.

It could also mean a shake-up to the usual order with anyone who crashes out of the Sprint Qualifying session being at a real disadvantage for the main race, as they will have to start at the back of the grid. It will be a ‘risk versus reward’ race of less than half an hour in duration and it could throw up a surprise or two. My gut instinct it that whoever wins the Sprint Qualifying will gives themselves a huge chance of doing the double and winning again on Sunday. Can Hamilton do it? Some will say that if he can’t beat Max on his home track, where can he beat him? Certainly, Mercedes have work to do if they are to get the better of Red Bull.

Home advantage for the Brits

British drivers have more victories than any other nationality at Silverstone with 22 wins. In fact, that’s over three times more than any other nation. This year, Hamilton will be hoping to add to that and hear ‘God Save the Queen’ ring out to what would be rapturous applause but equally, Lando Norris has a slim chance of being the man to take to the top step.

It would take something extraordinary from the McLaren man from Bristol but his form this year has been exceptional and after gaining a podium place in Austria he is riding high. Another Brit to look out for is George Russell – he has a 100% finish rate at Silverstone with a best result of 12th last year at the British Grand Prix. There are still no points on the board for Russell and Williams this year but you do feel they are getting closer – maybe the home fans can cheer him on to some success.

Ferrari usually do well at Silverstone. They have the greatest number of wins for any constructor with 14 on the board and the team hold the record for the most consecutive wins at the track too but you have to take the history books back to 1951 to see when that streak began (it ran through to 1958). Their chances this weekend are relatively low but don’t discount them – their one-lap pace isn’t as good as many other teams, but their race pace can be impressive and we’ve seen far less strategic errors from the Maranello-based team of late. Bearing in mind the format changes to the weekend, it could be their chance to score big points and take the battle to McLaren again. The fight for third spot in the Constructors' Championship is going to be heated in 2021.

2021 British Grand Prix predictions: Who will claim a podium finish?

So, who will be standing on the podium at Silverstone come Sunday evening? Hamilton has got to be top of the pile – he has had the most podium finishes of any driver at the track with 11 top-three finishes. In total, 73 different drivers have finished on the Silverstone podium and eight of them are still on the grid this year: Lewis Hamilton; Kimi Raikkonen (seven podium finishes at Silverstone); Fernando Alonso (6); Sebastian Vettel (5); Valtteri Bottas (4); Max Verstappen (3); Charles Leclerc (2); and Daniel Ricciardo (1).

The race for pole position

There have been 34 different pole-sitters at Silverstone. Hamilton has the most with seven. However, Mercedes clearly don’t have the fastest car in F1 anymore when it comes to single-lap pace so it may have to be a wonder lap from Hamilton that secures them pole this year. This is quite some turn around; Mercedes have taken pole in every one of the last nine races held at the track.

It’s worth mentioning that 20 of the 54 British Grand Prix to be held at Silverstone have been won by the pole-sitter and 36 races have been won from the front row of the grid. The furthest back a race has been won from was in 1975 when Emerson Fittipaldi won in his McLaren from seventh place.

With safety in mind more and more in F1, we are seeing an increasing amount of safety cars in races. Silverstone is a fast and aggressive track so you can assume there will be a safety car period at some point in the race – in fact there has been a safety car in every British Grand Prix since 2013.

Do the trends point to it being Verstappen’s year?

Could this be Verstappen’s year, then? There is no result that would turn around the lead he has at present over Hamilton, so he will be leading the Championship after Silverstone. If he wins at the home of British motorsport the writing is most definitely on the wall and while there are still 13 more planned races after the British GP, you get the sense that the result of this weekend’s race could be a very significant one in the tale of the 2021 Championship.

Bet on every race of the 2021 Formula 1 season with the best F1 odds at Pinnacle. 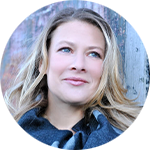 Jennie Gow is a journalist, broadcaster, and event host who broke into the world of Formula One motor racing in 2010 and has since become renowned as one of the sport’s foremost media professionals.

One of the few women to work in this demanding arena, Jennie currently presents the BBC’s coverage of Formula One, Formula E, and is a co-lead commentator of the brand new global racing series, Extreme E.

There are very few motorsports that Jennie hasn’t worked in and her passion shines through in her writing and Formula One predictions.