The anticipation is building ahead of the 2020 NFL Draft and with plenty of available betting markets at Pinnacle, bettors are having their say on who will go where. People will have their personal opinion, but Accuscore have used their data to produce some 2020 NFL Draft predictions and help you inform you NFL Draft bets. Read on to find out more.

This year’s NFL Draft won’t be an entertainment extravaganza in Las Vegas like originally planned, but despite the remote setup of all teams’ front offices and fans, there are a lot of interesting discussion topics around NFL Draft predictions during the doldrums of sporting events.

Since the first Draft in 1936 at Ritz-Carlton hotel in Philadelphia, this will be the first time the Draft will be held remotely. As there hasn’t been a possibility to hold any pre-drafting screening events or physicals since the NFL combine, there might be less high-profile trades during the first round of the Draft.

Ready to bet on the NFL Draft?

Accuscore has analysed the past 10 years of the NFL Draft and the numbers show that widely used ESPN pre-Draft rankings have a great bias in some positions. As teams are looking for their franchise’s new cornerstone from the quarterback position, they tend in many cases to draft QBs that are ranked lower in pre-Draft rankings.

As we predict Alabama to have six players in the first round, it would be a great reach for their fellow college in the Southeastern Conference, LSU, to achieve the same number of players during the first round.

As a matter of fact, QB is the only position that is drafted higher than its pre-Draft rankings show. Recent reaches have been top picks of the last two Drafts: Kyler Murray and Baker Mayfield that jumped eight and ten spots respectively, as well as Mitch Trubisky three years ago, when he was drafted as a number two even though his pre-draft rank was 27th.

At the same time offensive linemen and defensive backs have been drafted on average eight spots below their pre-Draft rankings and linebackers over ten spots below their pre-Draft ranks. Naturally, the average is impacted by some players who drop 20 or 30 positions during Draft day, but it also gives an indication that there are few free falls among QBs during the first round of the draft. These calculations of average changes are calculated from individual player changes and not based on position.

Defensive linemen have been ranked on average seven spots higher than their final Draft position. As the players of the defensive line are the most drafted position group during the last decade, this time there might be players ranked top 30 that will fall out of the first round. Relative to the amount of starting positions in NFL teams, defensive linemen are second most drafted position after QB during the last 10 Drafts’ first rounds.

What will this year’s Draft look like? There are over a hundred mock drafts available by all kinds of experts. Accuscore’s NFL Draft analysis is based on many of these mock drafts, historical drafting tendencies and team needs. As this is such a unique event, it’s difficult to find a value bet but comparing our NFL Draft predictions against Pinnacle’s NFL Draft odds has highlight a few potential options in the available markets.

Three of those players (Ruiz, Epenesa and Taylor) are currently expected to be towards the bottom of the first round at positions 28-32. It is also worth considering that there are three other Big 10 players likely to go in the first few places of the second round (Yetur Gross-Matos (DE), JK Dobbins (RB) and Antoine Winfield (S)). This will likely be a close on to call but given how much of an underdog Alabama is in this specific market, it looks to be a value bet.

As we predict Alabama to have six players in the first round, it would be a great reach for their fellow college in the Southeastern Conference, LSU, to achieve the same number of players during the first round.

Our analysis suggests LSU will have four players drafted in the first round - Joe Burrow (QB), Klavon Chaisson (DE), Justin Jefferson (WR) and Patrick Queen (LB). There is obviously a possibility for five players to go then (Grant Delpit (S)), but the sixth highest predicted player to be drafted from LSU is running back Clyde Edwards-Helaire, who is ranked as fourth best RB among all players. As teams have turned away from drafting RB’s high in the Draft, it will be unlikely that there are four or even three RBs drafted during the first round.

Number of running backs drafted in first round

Even though the amount of RBs have decreased during last years as the lifecycle of the RBs have decreased drastically in the NFL, there are teams with clear needs in this position that can be filled with immediate playmakers. Especially teams with multiple first round picks like Miami, who can use their draft capital for this purpose.

Two top Big 10 RBs, JK Dobbins and Jonathan Taylor are good prospects that could slide into the last spots of the first round in addition to number one RB prospect D’Andre Swift.

Current odds of 4.47* give good value for this bet according to Accuscore's analysis.

Number of quarterbacks drafted during first round

Quarterbacks are the most sought-after commodity during the Draft. Again, it is predicted that a QB will be picked first and few others will follow. However, it doesn’t make sense to draft QBs at any costs and there might be hidden gems available during later rounds.

There are also a few experienced QBs like Cam Newton and Jameis Winston still available through free agency, so teams might wait and see what kind of value they’ll get from lower rounds compared to signing free agents.

There are four highly ranked QBs in this year’s Draft: Joe Burrow, Tua Tagovailoa, Jordan Love and Justin Herbert. Most probably there will be only three of these players selected during the first round, but having all of them and then one of the college stars like Jake Fromm or Jalen Hurts seem to be a bit of a reach. 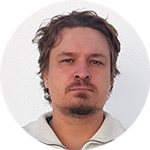 Tomi studied sports sciences and business before joining Accuscore as an analyst, where he specialises in turning data into betting predictions. Tomi has close to 20 years of betting experience focusing on ice hockey, but has also spent time researching and betting on many other sports. The majority of Tomi's contributions will be based on Accuscore's predictive model.