Two unbeaten British heavyweight prospects will clash at the O2 Arena in London, as the highly touted Daniel Dubois will meet decorated amateur star Joe Joyce in a fight that has divided many bettors’ opinions. So who is the favourite and where does the value lie? Will youth be able to overcome experience? Read on to inform your Dubois vs. Joyce predictions.

A close look at the Dubois vs. Joyce odds

The Money Line odds suggest this is a fight that Pinnacle is expecting Daniel Dubois to win. Dubois is the favourite, and the odds propose the 22 year-old has approximately an 83% chance of victory.

Get the best boxing betting advice

Dubois vs. Joyce: Tale of the Tape

Dubois vs. Joyce: The story so far

In a fight where someone’s perfect record will have to go, the fight between Dubois and Joyce represents a great narrative to the current thriving heavyweight division. Outside of the big fights that will involve the likes of Tyson Fury, Anthony Joshua, and Deontay Wilder, this bout represents one of the most anticipated contests in any weight division in 2020.

Dubois is highly touted as one of British boxing's hottest prospects having won 14 fights in a row and recorded 13 via knockout, many of which have come in devastating fashion. Joyce was an Olympic silver medallist in 2016 and has since recorded 10 straight wins himself in the professional ranks – with nine via stoppage.

Dubois at just 22, has claimed a host of titles already since turning professional including English, WBO European, British, Commonwealth, WBO International, and WBC Silver heavyweight titles, and the London man will be putting his British and Commonwealth belts on the line when he faces Joyce, whilst the current vacant European title is also available to win.

Joyce comes into the fight 12 years Dubois’ senior, but it is worth noting that he is a young 34 in boxing years, having only started fighting in his early twenties, so he has certainly faced better opposition in his professional and amateur career so far than his opponent.

Joyce is not seen by many as a top-class boxer because he severely lacks speed and doesn't have eye-catching power to make up for it, although he certainly hits hard enough in clusters to knock opponents out.

He is currently only seen as a gatekeeper at world level and this is potentially the reasoning by promoter Frank Warren making a calculated decision for his young prodigy Dubois to step in with the 34 year-old so early on in his career, but bettors should not be fooled by Joyce’s appearance in the ring as he can really fight. 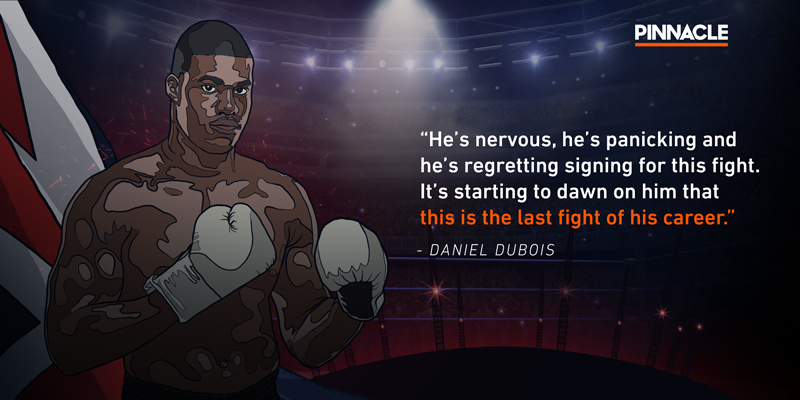 Dubois enters the fight as a heavy betting favourite but Joyce certainly brings more experience to the table overall and will also have a two and a half inch reach advantage over Daniel Dubois, which could be significant if the fight becomes a battle of the jabs.

Joyce, along with that experience is also extremely tough and has wins over far more experienced boxers who could not beat him through simply having better boxing ability. Bryant Jennings is still boxing at a decent level and is competitive with any contender around yet Joyce was able to handle the American despite a few testing moments.

Joyce as an amateur has also won ABA titles, a European bronze, world bronze, Olympic silver, Commonwealth gold, European gold, and was a member of the Team GB squad at the elite level of amateur boxing for a number of years before turning professional.

"Joyce comes into the fight 12 years Dubois’ senior, but it is worth noting that he is a young 34 in boxing years"

In his time as an amateur, the Olympic silver medallist has wins over the likes of Filip Hrgovic and Tony Yoka, who are now regarded as potentially the future of the heavyweight division in the professional ranks, whilst current pound for pound star Oleksandr Usyk described Joyce as “a tough nut to crack” when the pair fought back in 2013, so this demonstrates the level that he can potentially rise to as a professional, and displays the resilience that he possesses outside of his ability.

Dubois also possesses a very good amateur record of 69 wins from 75 bouts, but the difference being that his success came at a junior level, compared to Joyce who was boxing at world level international competition for some time.

Both fighters are still yet to be truly tested as professionals, but both have demonstrated in their performances so far the level they are capable of performing at. Bettors would be best suited looking to Dubois’s ten-round decision win over former world title challenger Kevin Johnson for more of an insight into how the youngster is capable of performing when pitched in at a decent level rather than analysing his early knockout wins against subpar opposition.

The domestic fight against the undefeated and highly touted Nathan Gormon more recently also showed that the 6 ft. 5-inch heavyweight could perform under real pressure, in a fight many had backed him to lose, and he looks to have all the attributes to potentially move on and become a world-class heavyweight as a professional. 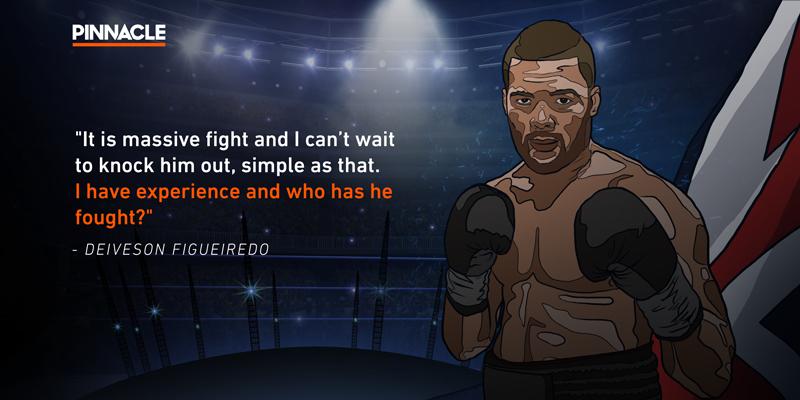 Dubois vs. Joyce: Where is the value?

Joyce and Dubois know each other well having sparred together before so their styles will be no surprise to each-another but with so much on the line for the winner of this bout it would take an extremely brave approach tactically from either man to come out swinging from the opening bell.

Dubois’ main asset is that he carries huge power in the right-hand and a weakness of Joyce is that he is not particularly hard to hit, whilst the 22 year-old will also possesses a very good jab and he will likely look to impose this early on to show that he is the boss and avoid Joyce gaining confidence to make Dubois box on the back foot (something the youngster hasn’t had to do so far in his professional career).

Joyce is an unconventional type fighter who doesn’t look fantastic on the betting eye but the 34 year-old is a durable, good fighter, despite how unbewildering his style may look. Good fighters such as Bermane Stiverne, Alexander Ustinov, and Bryant Jennings have all faced Joyce recently and they have all lost fairly convincingly which demonstrates that the former Olympian is beyond this kind of level and is ready to step up to the next.

But, for Dubois, the sky is the limit for the Greenwich born youngster, and his promoter Frank Warren will be well aware that a conclusive victory over Joyce will catapult him into the fringes of world class where he could eventually land a huge mega-money fight against the likes of Joshua or Fury.

It is a huge jump up in class compared to the type of competition he has been facing thus far in his career – but to be thrown into such a significant fight, so early on in his career, shows the belief that his team have in his potential, which is world-class at this stage, and providing he is sensible in his approach, he has the talent and necessary tools to be victorious.

Joyce’s vast experience – and simply the fact of how long he has been boxing compared to Dubois, is what makes this fight such an intriguing one, and this means that backing Over 6.5 rounds with Pinnacle at odds of 1.775* may possibly represent the real value bet in this fight. 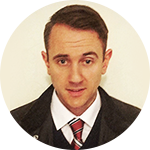 Chris McCarthy
Chris studied Media and Sports Journalism at The University of Leeds before finding a career that united his adoration of social media and interest in sports betting. A lifelong boxing fan, Chris has written for numerous publications and produced content for several major fights. He was also the betting correspondent for Matchroom Sports Prizefighter series.
See more articles by Chris McCarthy Show team
Show more Show less